Getting Around Facebook’s 20 Percent Rule 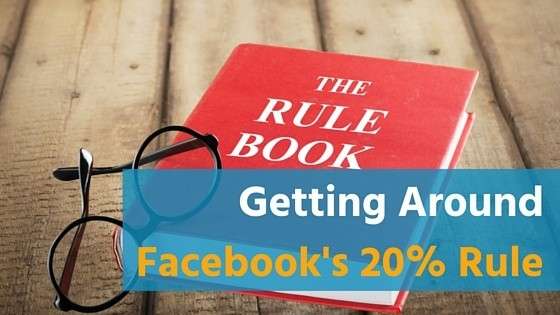 So, you have this awesome picture that you posted to your Facebook post and you boosted it. Or maybe you created a new ad with that same awesome image. You submit it and get the awesome “Your ad has been approved” message. You think, “that’s cool”, and then go to bed. When you wake up ready to start the next day, you check your email and see “Your ad wasn’t approved – please edit and resubmit your ad”. You think “WTH Facebook?”

Enter Facebook’s 20 percent rule, where they say?your image can’t contain more than 20% text. The issue is that they use this “grid” system to automatically check images, so even though you may have less than 2o% text, you may still get dinged.

Your ad wasn’t approved because it uses too much text in its image or video thumbnail, which doesn’t follow Facebook’s ad guidelines. Ad images or video thumbnails aren’t allowed to include more than 20% text. You’ll still be charged for any impressions or clicks your ad received before it was disapproved.

You may upload your ad image to see why it is considered 20% text, or visit the?Help Center to learn more.

If you’ve read the guidelines in the Help Center and think your ad follows the rules and should have been approved, please let us know.

(good luck getting someone to respond to your email with anything but a canned message, days later)

But here’s the thing, you KNOW that there wasn’t much text on the ad, so what’s the deal?

Well, Facebook has an algorithm that basically uses a “grid” tool to see if your image has more than 20% text.?I honestly think there are better ways of doing this, but Facebook is king and we’ll have to live with it.

What you can use to pretty much guarantee that your image will be approved is their “Grid Tool” here. You upload an image and then mark the boxes that contain text. If part of the text goes outside of a box, you have to mark both boxes.

Here’s what one of my “disapproved” images looked like:

You can see how the bottom of the word “START” goes beyond 2 boxes, which brings it to 24%.

So I headed to Photoshop and did some quick editing to basically “squish” everything down, and this was the end result:

So, we have the same image with the text moved in different areas of the image, and the Facebook minions remain happy. I digress. 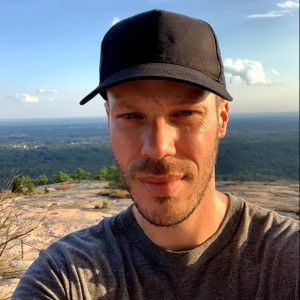 My name is Stephen O'Neal. I specialize in digital marketing and helping businesses step up their game online through Search Engine Optimization and Social Media Marketing.

Scroll back to top